One of the stories that was told during the Olympic Ceremony. Was the story about British music over decades.  The music was playing to a love story that toke place on stage. In there backround there was a big cube which representative there house. On that house you could see historic elements. Suddenly there it was the classic Wayne´s world photo. The Car Scene. : ) 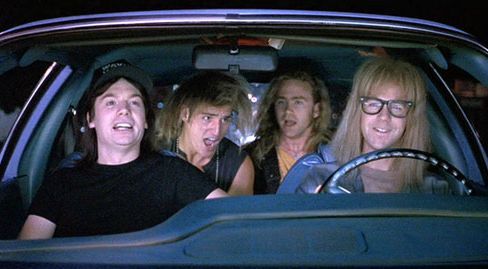 I´m coming back! My friends and I have decide to have a new gathering in New York in September 14th to 23th. If any OZ friends is in the neighbourhood. I would love to meet up and have a lovely dinner at some cozy place. And just hang out and talk.